We Hope You Fail: Why Failure Is Crucial for Technological Innovation 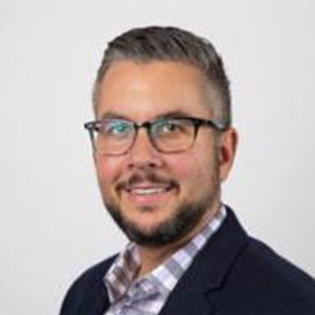 A Month of Innovation:

You can’t succeed if you don’t fail first. And failure is essential when it comes to developing innovative technology solutions. However, many businesses struggle to accept failure and are unwilling to experiment with failed innovations which could later lead to overwhelming successes.

As it’s hard to quantify failure’s role in driving innovation, this makes it more difficult to become comfortable with failure. Businesses tend to focus on hard metrics and KPIs that measure the level of success, not failure. They track successful product releases or time-to-market, not how many ideas they generated and later shelved.

In order to maximize success, businesses need a different mindset – one that embraces failure. After all, as Sochiro Honda, the founder of Honda, famously said, “Success is 99 percent failure.”

Keep reading for tips on how you can utilize the value of ‘failure’ to power future business growth.

The first step in embracing failure is to reframe failure from a company-culture perspective. Instead of viewing failures as setbacks or sources of loss, think of them as learning opportunities. Ideas that are partly developed and then abandoned aren’t failures; they are iterations toward eventual success.

Keep in mind, too, that you can’t develop innovative technology solutions without the risk of failure. If you are not failing at all, you are not pushing yourself to think outside the box and experiment sufficiently with new concepts and innovations, which your competition may very well be!

Indeed, when you frame innovations that were not continued or shelved and imply they were failures, there are potentially unintended consequences for the morale of your innovation team. Categorizing passed-up opportunities or projects as failures can do more harm than good. A venture, idea, or project collectively agreed to be discontinued isn’t necessarily a failure. So be careful how you frame these projects. Are you truly celebrating failures across your company? Are you genuinely disarming the word failure? Has the stigma of failure been eradicated across your teams? These are some important questions to ask in order to reframe your company’s approach to failure.

To put this another way, projects or ideas that have not been pursued should be rewarded and celebrated. This creates a more empowering culture of prioritizing and celebrating the selection and ideation process.

It also helps to educate yourself and your employees on the role that failure plays in driving technological innovation.

There are plenty of examples of companies out there that failed to innovate technologically, and that failed as a result. Kodak is a prime example. The company, which essentially invented the digital camera, ultimately did not embrace the technology and chose to remain focused on traditional film.

On the other hand, there are companies that embraced failure and experimentation, and became massively successful as a result, such as Tesla and Amazon. It’s not as if these businesses didn’t experience setbacks and mistakes along the way. Amazon, for instance, opened originally with the mission of being just an online bookstore. It took years of experimentation – and some shelved ideas – for the company to evolve into a massive, general-purpose online retailer and cloud computing provider.

IBM is another good example. Founded in the nineteenth century as a manufacturer of analog calculating devices, IBM had to go through more than a few failures. This included a dark period in the 1980s when it seemed that Big Blue might go out of business – on the way to becoming the cloud-native computing vendor it is today. But IBM thrived because its leaders recognized early on that failure is the foundation of technological innovation. As Thomas Watson, its founder, said, “Go ahead and make mistakes. Make all you can, because that's where you will find success: On the far side of failure.”

The bottom line here is that failed innovation is a step toward future innovation, which may ultimately succeed. Even when you shelve an idea or abandon a venture, you haven’t failed in the conventional sense of the word. You’ve just moved closer toward achieving a future innovation. You’ve gained greater clarity on where the industry is going, what works and what doesn’t and what your customers want – all of which are crucial to achieve eventual success.

How to nurture failure

It’s one thing to talk about embracing failure. It’s another thing entirely to build a business culture wherein failure is actively celebrated. But that’s what you must do in order to take full advantage of failure as a step toward innovation.

In building a failure-friendly culture, remember that culture comes from the top down. It’s important for executives to set examples wherein they don’t just tolerate, but actively reward and celebrate, setbacks or abandoned ideas. They must give their teams space to be creative, without fearing they will be punished if their ideas do not ultimately yield the expected results.

Business leaders should also budget for failure and innovation. Yes, paying employees for work that leads to failure may seem like a hindrance to your bottom line. But if it ultimately leads to high-value innovation, it is worth it.

Finally, it’s critical to provide employees with a forum where they can present bold, new ideas – even those that aren’t related to the core business. At Cisco, for example, we have open mic forums where employees can propose any ideas they like, and receive executive-level support for them, no matter how risky the ideas seem to be.

Conclusion In short, failure is a necessary ingredient in long-term success. The best businesses – those that stay ahead of the competition – embrace failure as a step toward innovation, rather than treating failures as a sort of stigma to be hidden away or avoided.

Click here to see how we do this at Cisco ET&I.